Fun fact: the term “quarantine” comes from an effort to protect Venice from plague epidemics in the 14th Century. Ships arriving in Venice from infected ports were required to sit at anchor for 40 days “quaranta” before landing.

I’m normally a very laid back, non-chalant guy. Unflabbable, some may say. Almost nothing can rile me up, make me angry, or cause any sort of worry or anxiety. That’s not a brag beacause in most hectic situations I’m like Eli Manning watching his brother Peyton win a Super Bowl.

When this novel Corona virus came ashore weeks back, I was my usual self.

“Just bulk up your immune system and you’ll be fine! Chill with the hand sanitizer.”

Literally every day since then, this thing has gotten more serious. I think we’re now living through a momentous time in history where we’ll be telling our grandchildren stories of how our generation responded to this crisis.

As she was changing the channel from Judge Judy to Wheel of Fortune (a luxury I’ve gotten accustomed to myself in the last several weeks) she shrugged and said “Well, what are ya gonna do? Not like I was gonna stop him.”

My cousin and I laugh about that now, but it’s true in some sense. What was she gonna do? Kill Hitler herself? But this is different. This is a war with an invisible enemy, that in some odd capacity, we have the ability to stop – or at least slow it down significantly. A huge portion of that is not public shaming and yelling at people, but rather educating yourself and other people about hygeine and keeping safe distance from each other, especially by limiting contact with other peoples hands and faces.

I’m not here to tell you what to do. If you don’t know by now, you shouldn’t be reading this article.

And site note – can we fucking stop with the public shaming please? We’re allowed to go outside. Just don’t be stupid. Be smart and buy literally every piece of toilet paper you can wrap your immune arms around…

What Have I Been Doing?

Not that you care, but you clicked the link – so I’ll share how I’ve been trying to keep myself busy.

The best book so far has been Among the Thugs by Bill Buford. If you liked the movie Green Street Hooligans, buy this book. Bill Buford was a journalist in the 1980’s and decided to see what the fuss was about over English football hooliganism. He joined the Red Devil hooligans of Manchester United and lived to tell the tale. The brutality of the fights and violence is unbelievable – like literally, not believable. It’s absolutely insane and highly highly entertaining.

This quarantine has gotten me back into playing harmonica like I’m in freakin’ Shawshank. Alright best book of the month thus far has been Among the Thugs by Bill Buford, recommended by Sam Harris. In the 1980’s this American journalist decided he wanted to see what the fuss was about in English football and joined the hooligans of Manchester United. His stories are crazier than you can imagine and the characters are Tiger King-level. #read #reading #readersofinstagram #bookstagram #manchesterunited

I crossed Ayn Rand off my reading bucket list – she had been on there for a while. As a self-proclaimed reader, I feel like you have to read Atlas Shrugged or Fountainhead. So I bit the bullet and read Fountainhead and… hated it. I thought it was about 700 pages too long. It gave a good message and it was interesting to read about architecture and the different character arcs, especially since it was written in the 1940’s, but Jesus Christ does it drag on. You can try to convince me that the Bible-length Atlas Shrugged is better and worth reading, but it’s going to take a lot of convincing.

Next on my list is likely The Fifth Risk by Michael Lewis – appropriate to read about the government and risk in a time like this. I’m 1) not a huge fan of Michael Lewis (although I wish I liked his writing more!) and 2) I don’t like to read books about a current sitting president since all the facts are going to to be tainted. B0ut I do want to learn about how the government works and it’s a short read

All my life I’ve wanted to learn how to play chess. Other than just seeming smart, I like mind-building exercises like crossword puzzles and Tetris. Chess, to me, was like blowing a bubble with chewing gum – everyone tries to teach me how, but I just can’t get it right. I figured now was the perfec time to just strap myself in and watch tutorial videos on chess.com. I’ve been slowly getting the hang of it, but damn is this game hard to learn.

I feel like it’s similar to learning a language – much easier to learn when you’re a kid and have an open sponge of a brain.

I almost never play video games, and loathe iPhone games, but I need something to do other than look at social media all day. WGT Golf is a pretty boring golf video game app, but it’s something…

And if you’re a golfer, it actually kind of simulates the pressure of making shots in a weird way, which I like.

All I have is a 35 lb. kettlebell, a jump rope, and a pull-up bar. I haven’t actually been “working out” perse, but rather just doing 10-20 reps every time I get antsy. I think it’s honestly getting me in better shape than the typical 1 hour workout every day. Just gotta keep movin…

By the way, a lot of gym equipment is sold out on Amazon. If you need something in the next week, check out PerformBetter.com (h/t Brian)

Also, if you need good health and workout tips during this lock-up, check out my cousin Brian’s new blog Longevity Warrior – he is a certified personal trainer and formal D1 football player, so I’d take his advice.

For some reason, when everybody jumps on board about something being awesome and cool, I sprint the opposite direction. I don’t know why I do this, but I’ve done it with pop culture things like Harry Potter and Game of Thrones. No reason other than I hate people telling me “Kyle, DARLING, you just HAVE to watch this….” Fuck off, I don’t have to watch anything. I kind of hate that about myself.

It happened again with Tiger King, but honestly when every single person you talk to says you have to watch it, and you’re in isolation for the forseeable future, might as well fuckin’ watch it, right? But holy hell, was it worth it. What a wild wild WILD story.

Christopher Hitchens is a name I’ve always heard as a heralded social critic of sorts, but I was not quite sure who he was or what he did. I would hear his name mentioned and his unique philosophies about life, government, and war. I decided, without much research, to purchase his memoir Hitch-22. 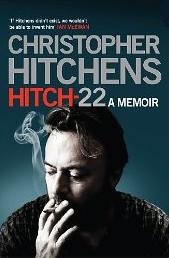 It was excellent. He is a British-American journalist, author, orator and general thinker who passed away from cancer in 2013. His eloquence was featured on many cable TV shows and newspapers and magazine where, after being a life-long Leftist Socialist in the 60’s through the 90’s, supported the Iraq War and encouraged everyone to do so – after visiting all of the “Axis of Evil” countries himself.

If you’ve never heard of him (which I don’t suppose you have), check out some of his debates on politics. Whether you’re Left or Right, Red or Blue, Dem or Pub – you can appreciate the eloquence and intellect of all of his answers and thoughts – something I wish we saw more on cable TV and literature.

*BTW, don’t fall for the click-baity title. It’s just a normal conversation between the two of them,